The History of Neon Signs 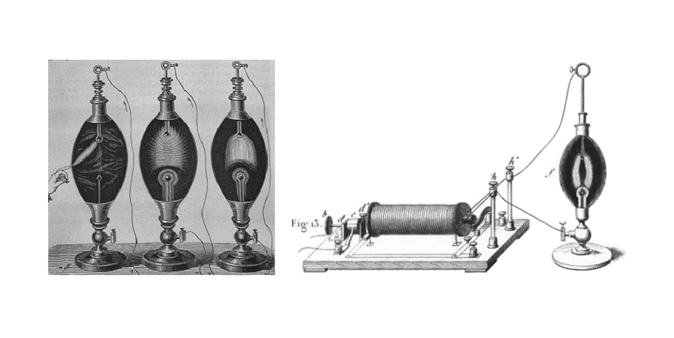 The technology behind neon signs has been around for centuries, but only within the last 100 years have neon signs been commercially used. From trendy restaurants and bars to hipster businesses, neon signs are utilised across the world as an aesthetic, statement-making form of signage. Let’s dive into the history of neon signs, to understand where they originated, how things have changed over time, and what their future holds.

What are neon signs?

Neon signs are electric devices comprised of tubes whose contents produce a self-emitted light. In practice, neon signs are constructed from vacuum sealed glass tubes which contain small amounts of inert gases like neon or argon at low pressures. They can be available in an extensive range of colours, with their light being so bright it can even be distinguishable during the day.

The early origins of neon sign technology began in the 1850s before electricity was even discovered, with the work of physicist Julius Plücker and glass-blower Heinrich Geissler who created glowing glass tubes together. They experimented with applying electrical currents through a variety of gases in sealed glass tubing and observed how different colours lights were emitted as a result.

Decades later, the first neon lamp was brought into reality by Georges Claude, a French engineer, chemist and inventor. In 1910, he presented the first neon lamp to a public audience in Paris, who were astounded by his revelation and impressed at its vivid uniqueness. Georges Claude patented it 5 years later, and in 1923 he introduced neon gas signs to the United States, and his company quickly claimed its place as the dominant producer of neon signage.

How were neon signs used in the past?

Since the dawn of commercialised neon signs in the 1920s, advertisers, businesses and the general public fell in love with the neon vibes and soon enough cities across America and the world began glowing with neon lights. All kinds of industries, from automobile to radio, accomodation to restaurants – they embraced neon signs to proudly advertise themselves in a distinctive, eye-catching and engaging manner. One notable historic example of neon sign usage is the signature Camel cigarettes neon sign advertisement which blew rings of smoke out onto Broadway.

Neon signs quickly became symbols of entertainment, as well as signifying the bright future of the emerging electronic age that was beginning to sweep across the world. Major global cities such as London, Tokyo and Las Vegas became prime examples of locations where neon lights literally lit up the streets.

Additionally, it was later discovered that by programming automated switching between on and off, animated neon images could also be brought to life. This allowed even greater creativity and artistry with neon sign designs.

Why is neon used in signs?

Neon gas is an “inert” gas that is used in small quantities within the glass tubes which comprise neon lights. When you apply an electric voltage to the electrodes situated at either end of the tubes, this voltage accelerates a free electron, giving it kinetic energy to “ionise” the neon gas atoms which become positively charged. The overall mix of positive and negative icons allows the electrical current to flow through, and the outcome of this is that you end up with visible light which you can see.

In fact, other types of inert gases (otherwise known as “noble” gases) can also be used in neon signs, such as argon, helium, xenon and krypton. Generally neon and argon are the most common two gases combined to create different coloured lights. However, an alternative for achieving a broader colour spectrum is to use phosphor coatings on the inside of the glass tubes.

Neon gas on its own is used for the token red glow you likely associate most neon signs with. On the other hand, argon is used for the brilliant blue light emission. The combination of both is what gives you pinks, purples, greens, yellows and so many more.

The process of constructing neon signs is relatively dangerous since often it frequently needs to be done by hand. It’s an intricate process whereby the narrow glass tubes containing the gas must be heated over an intense torch flame, while the maker bends it carefully into the required shapes of the letters or symbols.

In terms of the usage of neon signs, the quick answer is yes they are safe, assuming you keep them well-maintained and appropriately run. Modern-day neon signs are safer than ever before. Contrary to many people’s opinions, the gases within neon lights are not actually harmful, as they are gases that we breathe naturally from our atmosphere already.

If a neon sign is not properly mounted, wired and insulated, you may end up with a shock or fire risk. However, this is more the fault of the setup rather than the neon signs themselves.

History and future of neon signs in the signage industry

From the first neon lamps in the early 1900s to today’s modern age with funky and eclectic neon signage, neon signs have come a long way. However, light emitting diodes (LEDs) have taken over as the preferred source of electric lights. In particular, emerging alternatives like LED Flex are providing more affordable, safer and convenient means of creating glowing signage that look just like neon lights.

Nowadays and even in the future, a compelling reason to use real neon signs as opposed to their popular alternatives include creating genuine and authentic 1940s or 1950s nostalgia. This could be for architectural restorations of old landmarks or for related marketing campaigns.

Authentic neon signs still hold their place in a niche aesthetic in the signage industry, but are no longer dominating the signage market like they used to. We’re interested to see what the future will bring for neon signs, but we forecast that newer technologies will continue to overshadow this technology that dominated the signage market for decades. We’ll be keeping a close eye on the industry trends!